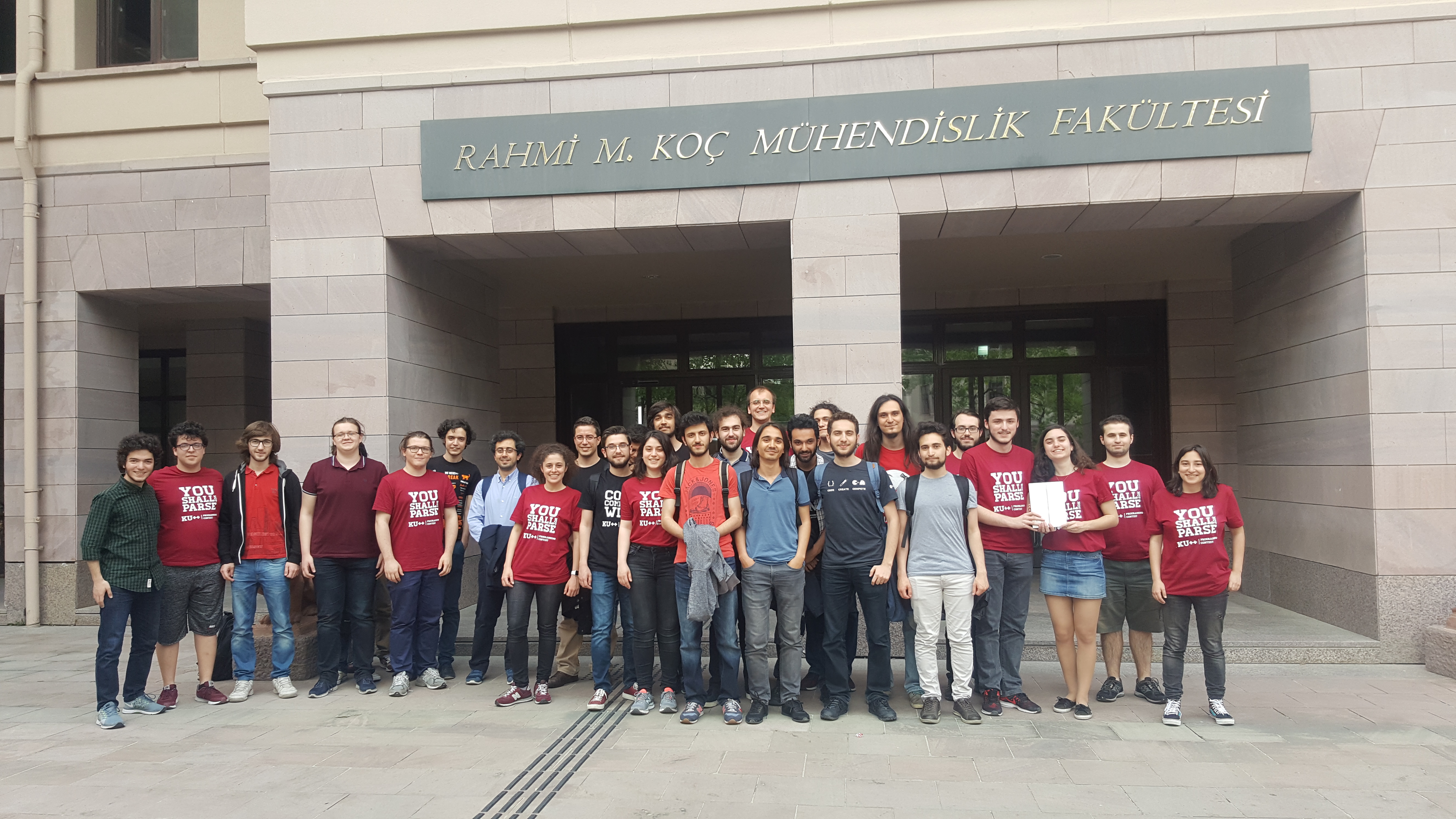 The second collegiate programming contest by Koç University ACM Student Chapter, KU++ 2017, took place in two rounds on 29th of April and 13th of May. We had organized the first KU++ with around 150 participants in 2016, and decided to turn it into an annual event after having a fruitful organization and getting amazing feedbacks from both students and academia (check out our blog post about KU++ 2016 for more).

Before talking about our contestants and the organization itself, let’s check out the scores of the finalist teams along with the universities of the team members. We had frozen the live scoreboard during the last hour of the final round and this is the first time we are publishing the final list of scores. We congratulate all the finalists for their hard work and participation!

KU++ 2017, for which we began the preparations as early as February with an organization team of 13 KUACM members, started with its online round on 29th of April, 2017 through our judge system at arena.kuplusplus.com. 250 users registered for the competition, 190 of which formed teams of 2-3 people and participated in the online round. After a very competitive online round, 10 best-performing teams were invited for the final round to Koç University Rumelifeneri Campus on 13th of May.

The final round commenced with the presentations of our sponsors, Peak Games and Erstream. Then, the contestants were presented with the final round question, a single optimization question that did not have a unique answer. For 4 straight hours, they coded their best solutions to the problem and received their scores through our judge system by submitting the outputs from their algorithms. One hour before the end, the live scoreboard was frozen, and the winning 3 teams were announced and awarded after the competition ended. Below are some pictures from our final round you might want to check out!

So, KU++ 2017 is over and we are ready to start considering the sequel next year! Before doing so, we would like to thank all our participants for their interest in our contest, and congratulate all the winners and finalists. Also, remember why we started doing this in the first place: to improve ourselves! 13 amazing members of Koç University ACM Student Chapter worked day and night for 3 months to organize this event, the names of which are given at the end of this post. We would also like to thank our advisor and professor Attila Gürsoy for his everlasting support for all of our work, and his assistance in organizing this event. Finally, we would like to thank our sponsors, Peak Games and Erstream, for their tremendous support that enabled us to reach a lot more undergraduates from all over Turkey and provide them with a much better organization than we did last year!

In the end, of course, let’s not forget about our opening video, prepared by our members Ceren Kocaoğulları and Özgün Levent Kaya.

There are no upcoming events at this time.